What jobs can I get as a designer?

If you’re studying Design in school, confused about the ever-changing Job Title landscape, or are looking to specialize in something a little different, I’ve compiled a list of the different roles tech, media, and advertising companies are looking for. This isn’t guaranteed to be up-to-date in a month, but at least the Rockstars and Ninjas of years’ past are dying out. Designer as a title doesn’t tell someone much about the type of work you do everyday, aside from loosely relating to “design.” Right now as a Designer at Vox Media, I create design systems for marketing materials and branded experiences. As a Designer at a digital marketing agency, I designed UI elements for high-performing B2B e-commerce properties. Both roles held the title of Designer, but had differing responsibilities and disciplines.

* Note: If it was not clear, this article discusses what is commonly known as graphic, print, branding, web, app, and digital product design. I will not be discussing architecture, interior, floral, game, industrial, or fashion design. Should I have incorrectly described a role here, tell me nicely. 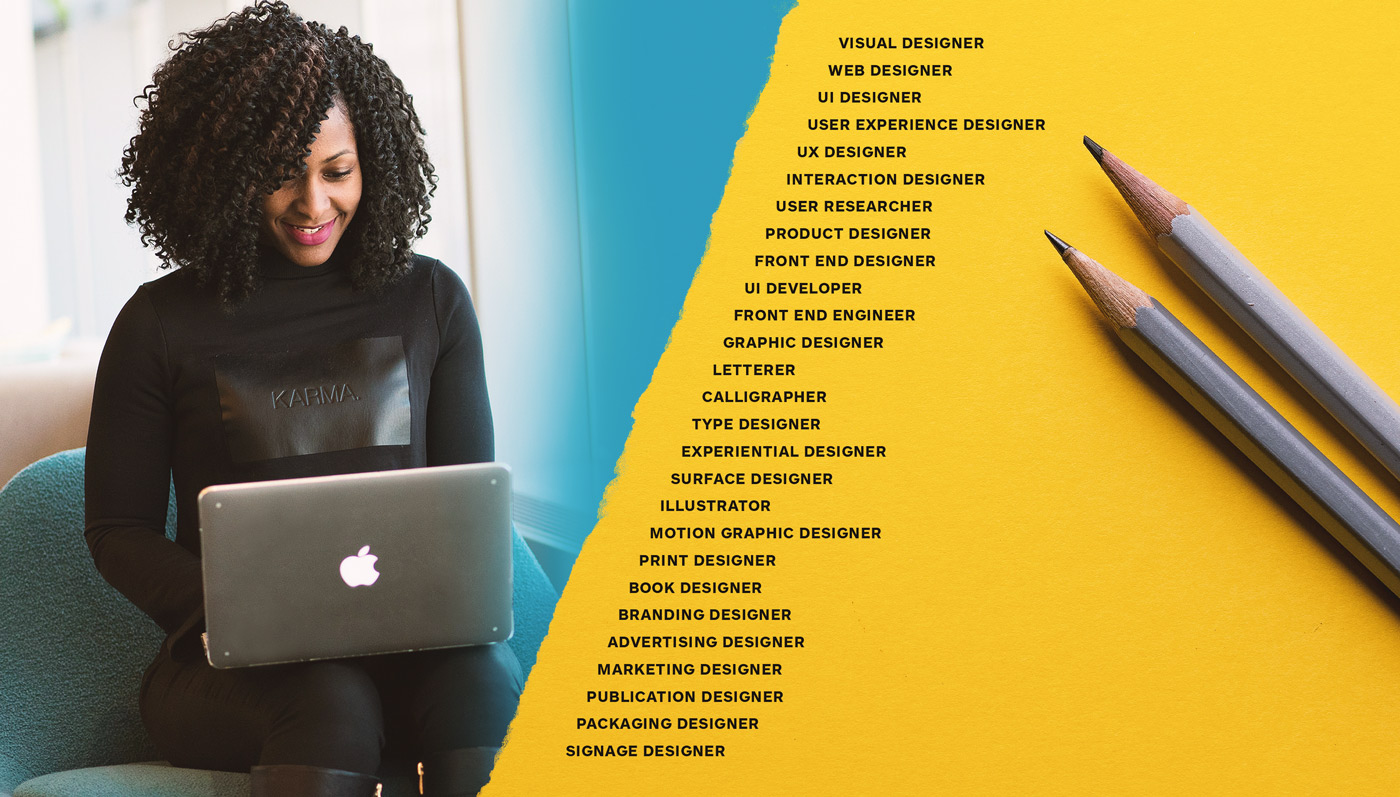 When you work on digital properties and products, you can be a…

Your expertise is creating the look & feel of websites and apps. That doesn’t mean you don’t care about the other parts, but your focus is the visual layer and its polish. You convey specific messages and elevate the product using typography, space, layout, color, and imagery. You work hand-in-hand with the UX Designer and collaborate with the Front End Designer/Developer. You might work with code to help realize your ideas, but you definitely have an understanding of the way the web works. You might create: sketches, static mockups, interactive mockups, style tiles/element collages, moodboards, marketing materials

You are responsible for the underlying design strategy and architecture of information. (In the past, the role itself was called Information Architecture, or IA). You determine how the user will interact with your product or property. You advocate for the user, keeping the best interests of them and the business in mind. You write documentation to explain and support your decisions. You often do the role of a User Researcher, especially in a lean team. You might create: wireframes, prototypes, personas, site maps, heuristic analyses, user journeys or storyboards

You conduct field research, focus groups, interviews, tests, and surveys to obtain qualitative & quantitative data on users and the industry landscape. You identify patterns and trends in user behavior through research and analytics. This role aligns with psychology and anthropology. You question and validate design and product assumptions. You turn your findings into recommendations to inform the work of the Design, Product Management, Executive, and Engineering teams. You might create: usability reports, analytics reports, user journeys & user maps, affinity groupings, content audits and inventories, competitive analysis reports

You do a variety of all of the above roles, and sometimes the work of a Front End Designer or Front End Engineer. Your T-shaped expertise is highly-sought after in tech companies. (Not to be confused with a designer of physical products, or an industrial designer.) You might create: everything above

You craft the front-end code of a product, working alongside Designers, Developers, and Engineers. This role closer aligns to Software & Engineering rather than Design. You work in HTML, CSS, and JS, with a major emphasis on modern Javascript best practices. You integrate the markup and JS with other languages in the product’s stack. Increasingly, this role is expected to have client-side and server-side full-stack familiarity. You might create: interactive prototypes, style guides & pattern libraries, version-controlled code, decisions documentation, technical requirements & functional specifications

When you work on the visual expressions of brands and ideas, you can be a…

Your role is the “Visual Designer” of branding and marketing (as opposed to the design of digital properties and products). A strong understanding of type, color, composition, layout, and production is key because your work spans so many touchpoints.

You draw letters. You might not have great handwriting because you draw letters! Your work is based on draftsmanship. You might create: anything a Graphic Designer does, featuring custom lettering

You write letters. This is a specific, learned practice + skill, separate from lettering. You might create: anything a graphic designer does, featuring custom calligraphy

You design typefaces and type families. You draw and program letters for the express purpose of becoming a downloadable font. You research and review new technical typographic developments on the web to implement in your designs. You might create: fonts to be purchased for public consumption, custom fonts commissioned by companies

You work with the elements of Graphic Design (color, composition, layout, typography) with the addition of timing. You might also be an animator. The work of an animator is more closely tied to illustration such that it focuses on the moving expression of a narrative. (When watching a cartoon on “Cartoon Network”, the television program is an animation and the network title screens before and after the show are motion graphics.) You might also be a visual effects artist. Visual effects composited on top of live action video are their own distinct speciality. You might create: animated mockups, marketing videos, intro & outro bumpers, lower-thirds, film title sequences, television graphics (broadcast design)

Often the the first few years of a Designer’s career are focused on production and implementation as you learn the landscape. As you grow, you gain more opportunities to conceptualize and collaborate on ideation and execution, bridging the gap. Promotions as a designer don’t mean your UIs get prettier every year or you’re better at kerning. Sharing work early and often, practicing sharp communication skills to explain and justify decisions, using data to inform those decisions, and encouraging others as an example are some of what count more than taste. Buzzfeed Design has open-sourced an incredible resource to see the responsibilities of the different roles inside the Product Design department.

There’s a good reason why the parents of today’s high schoolers tell their kids to go into tech. There’s an abundance of design work to be done across the world, from improving the state of the nation to helping some rich asshole get richer (and lots of in-betweens). As technology changes, as the programs and languages we use come in and out of fashion, and as we recognize the rights of others too long spent ignored, the need for good work done by good people endures.

* Photo from Women In Tech Chat 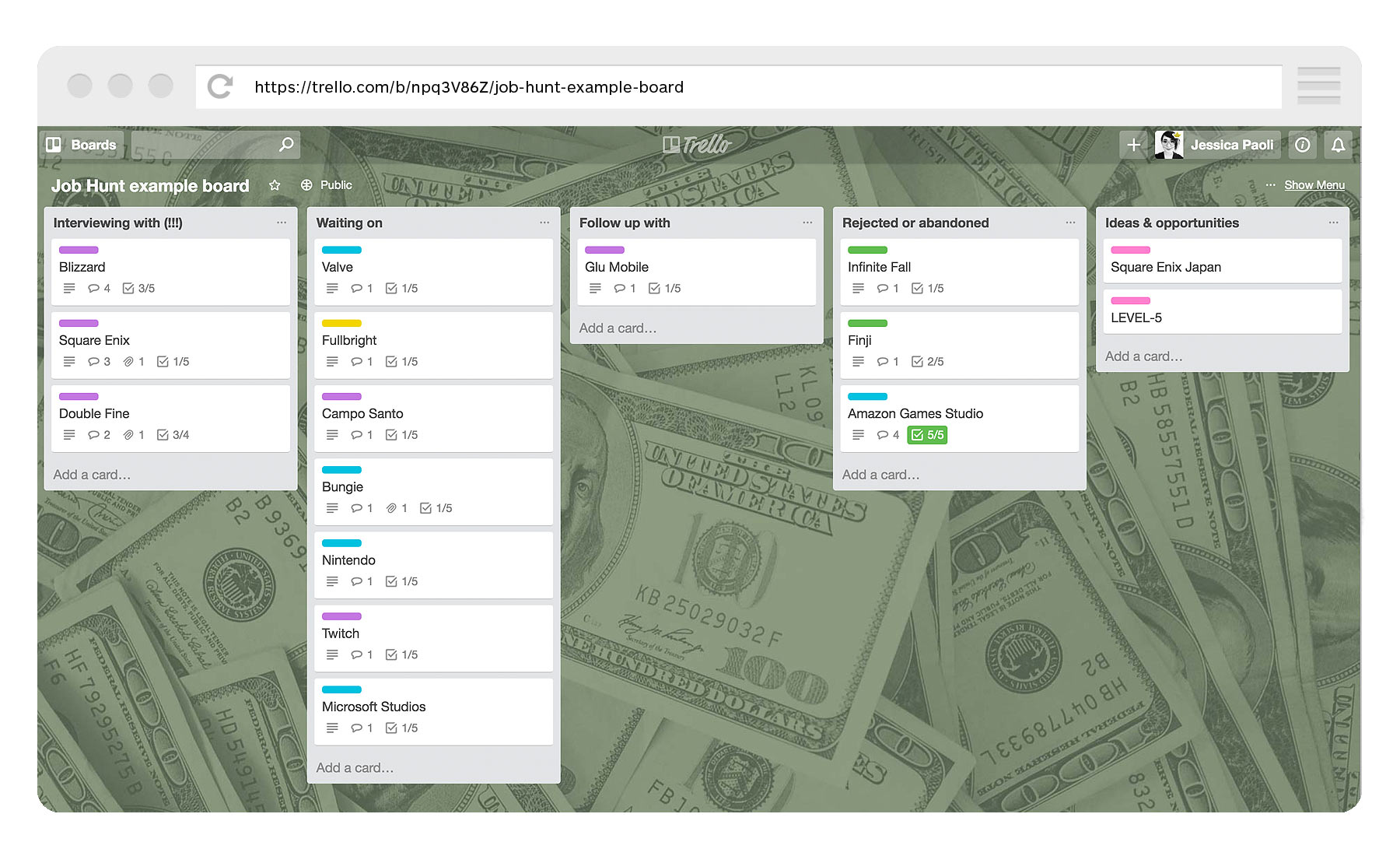 Stay on top of your next job search and avoid getting overwhelmed with this plug & play system on Trello. 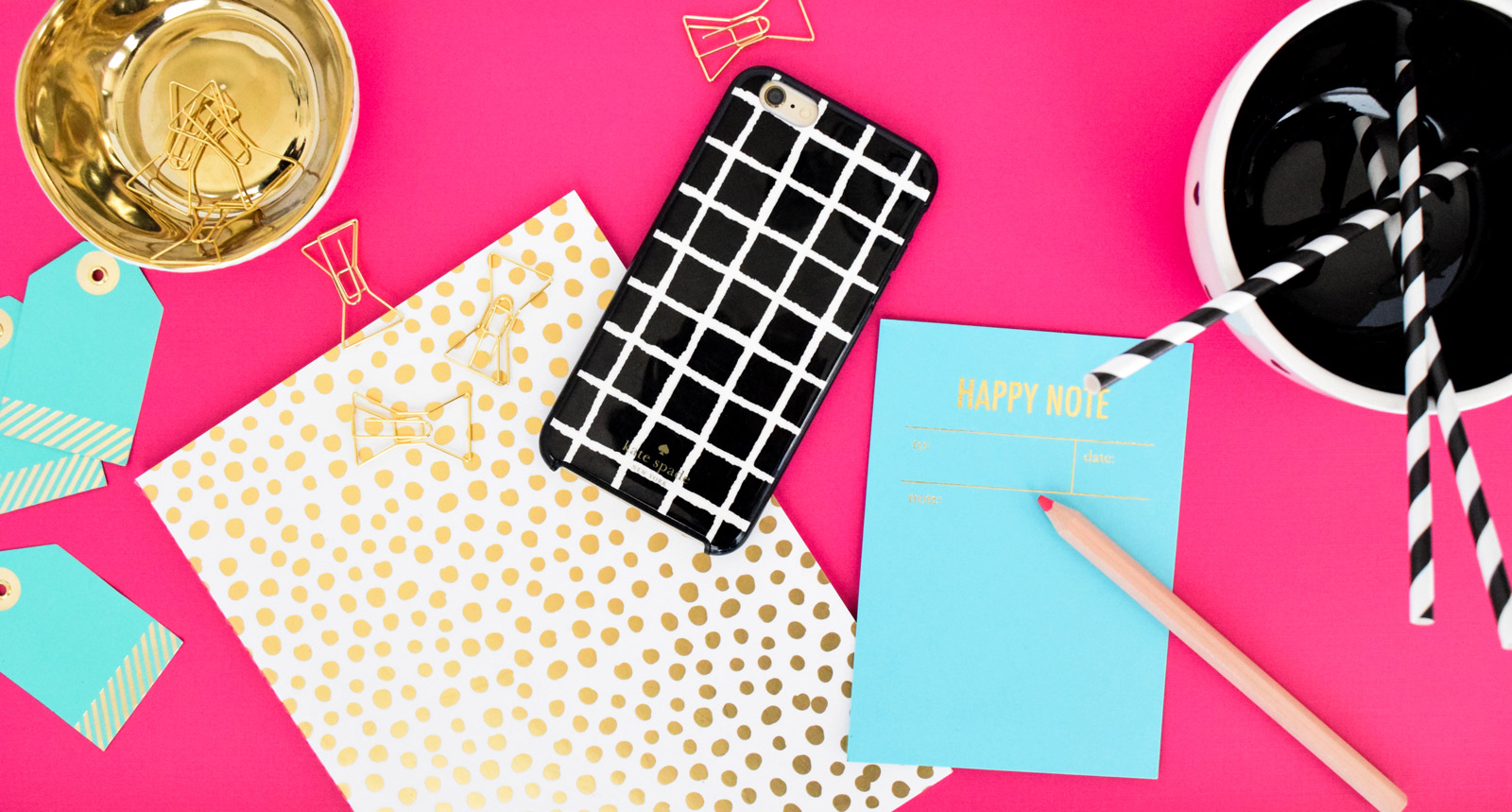 35+ of my favorite websites for design inspiration

Where I go when I want to populate a moodboard and keep on top of the best of what’s happenining in design. 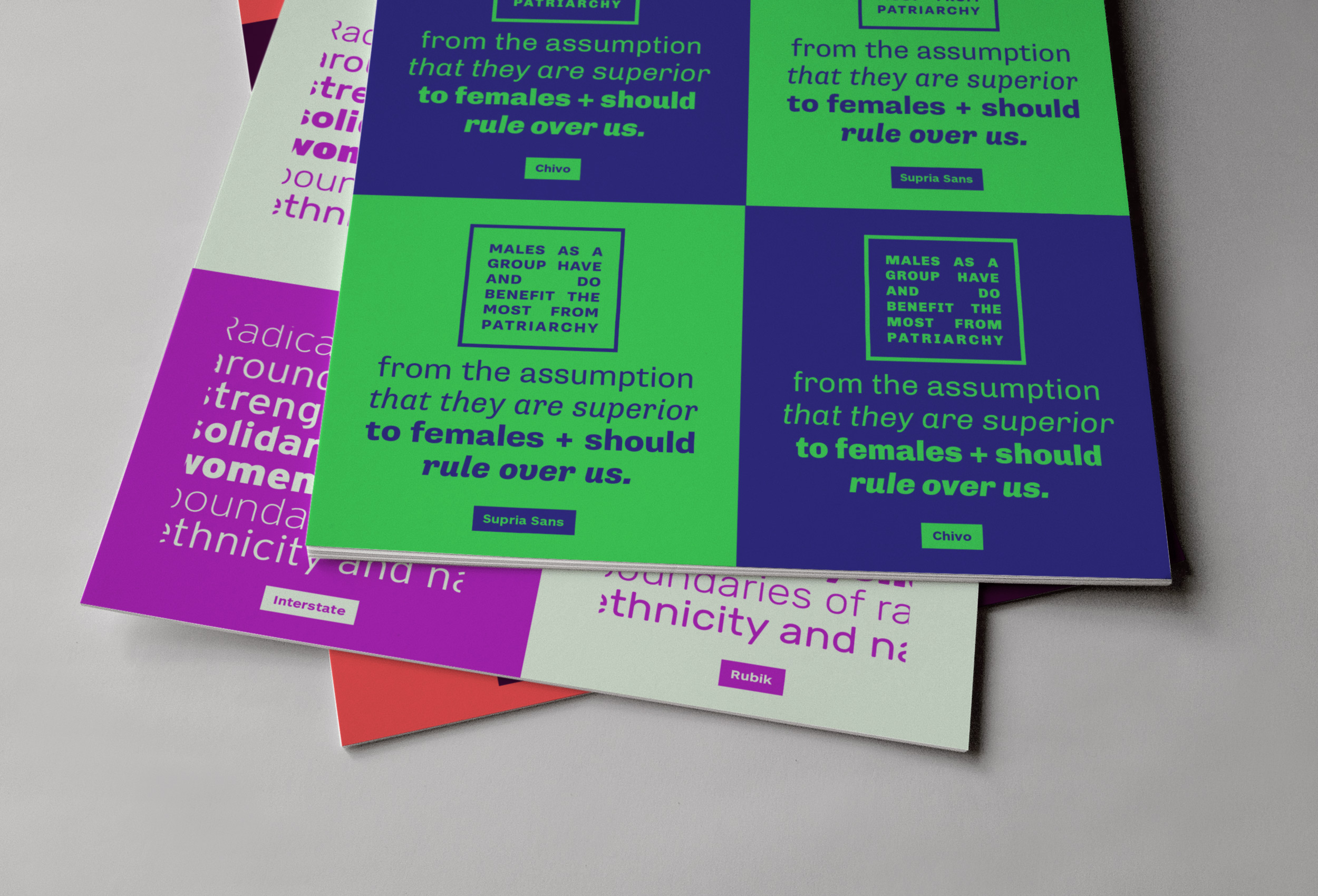